You can now read my story Wandering Eye on the Lorelei Signal.

“The Lorelei Signal is a web-based magazine dedicated to featuring
3 dimensional/complex female characters in Fantasy stories.”

I am very proud to have one of my stories published there. There is also a lovely piece of original artwork to go with it. That is a first for me.

Also if you are so inclined there is a donation button at the bottom of the page. Any donations go to cover the operating cost of the magazine, and any money raised beyond that cost is paid out to the authors and artists.

How big of a Neil Gaiman fan am I? Here’s a hint. 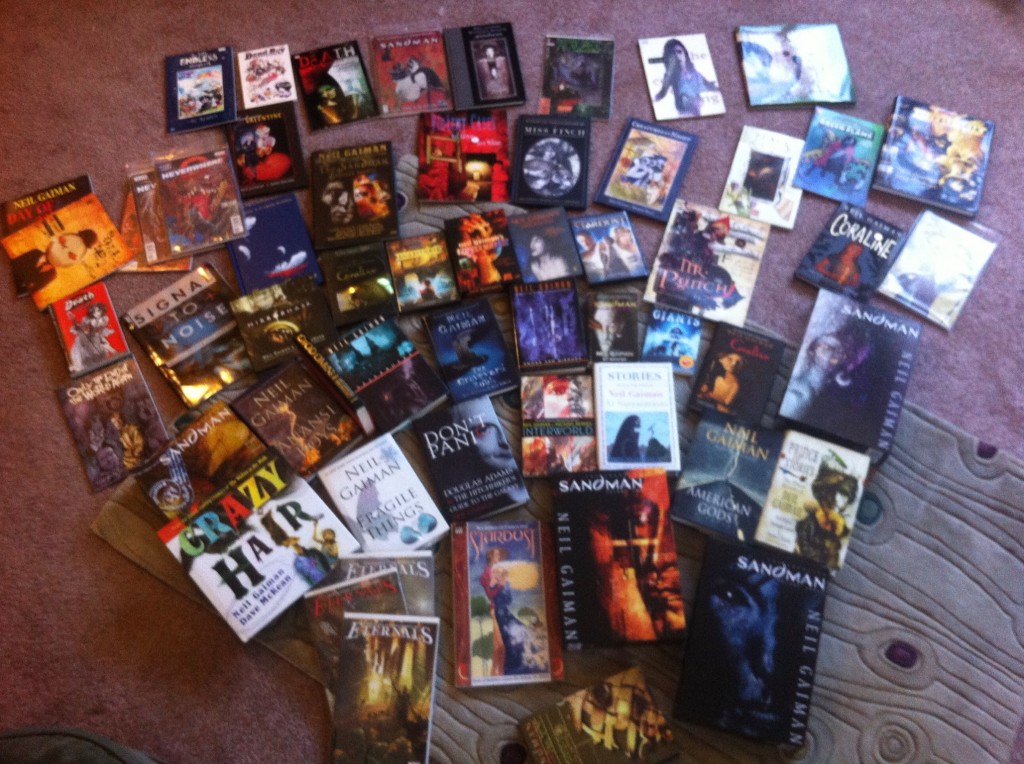 I was first exposed to Neil Gaiman as a teenager by my sister, albeit a indirectly. She lent me the Bones of the Moon by Jonathan Carroll. I devoured it in a few days. I raved over it to her (it’s still one of my all time favorites). She mentioned that it reminded her of a particular arc of a comic book series called Sandman. I filed that away for future reference. About a year later, I was perusing my local Borders. I spotted a few Sandman trades. At that time I didn’t have a lot of money or many possessions to my name. Every purchase was carefully considered. I read each volume’s description until I found the one who’s plot sounded the most like Bones of the Moon. It was A Game of You. I took it home, hoping I hadn’t wasted my twelve dollars.

It probably wasn’t the best place to jump into the series as it was the most self contained arc, without many links to the series overall. It didn’t matter, I was hooked. Over the next year I read the rest of the series in order of what was in stock at the book store at any given time. I had already realized that I liked comic books before I left home, but I doubt I would be as into them as I am if I hadn’t spent that time in the graphic novel section searching for Sandman volumes I hadn’t read yet.

Once I’d devoured the entire Sandman saga, I snapped up everything else with the name Neil Gaiman on the spine. And they didn’t disappoint. Neverwhere, Mr. Punch, Stardust, they all sparked my imagination and made me see the world in a new way. I love the way he writes, often in a personal but slightly esoteric style. I love the way he mixes myths and everyday life in a way that makes me feel like this is the way the world has always been, I just hadn’t noticed before. And I love listening to him read his stories.

And my love of his writing sent me down many unexpected paths. It led me to delving into comic books. It led me to going to signings and conventions at a time in my life when getting out of the house for things other than work was a challenge. It led me to other artists who spoke to me, like Jill Thompson, Dave McKean, and Susanna Clarke.

Occasionally I hit on something that feels like it plays in the same sandbox as Neil’s work (such as the story I posted on Halloween) and it pleases me immensely, but I’m no longer trying to imitate my idol. After all, he does an excellent job of being Neil. We don’t need another one. And I get to create something that only I could have created. Maybe I’ll never reach his level of craftsmanship, but I’m going to keep trying. And that is one of many reasons I’m a fangirl.

A few months ago I ran across a tongue in cheek quiz called the fantasy novelist exam.  It posed a series of questions about fantasy novels.  If you pass the quiz, your novel is original and could be worthy of publication.  If you fail you’re SOL, and should consider a new career.  My novel failed.  Other novels that would failed are: Harry Potter, the Song of Ice and Fire series, American Gods, and every other fantasy novel I can think of.  (Answering yes to any one of the over 70 questions means you fail.)
I really like this quiz.  (which can be found here.)  As I said, it’s obviously not to be taken one hundred percent seriously, but it is good at pointing out tropes that have become cliches.  If you do end up answering yes to the majority of the questions, it might be worth taking another look at your work.
I’m posting my results here.  Anything in bold is copied from the website and belongs to rinkworks.com.  My answers are in plain text. 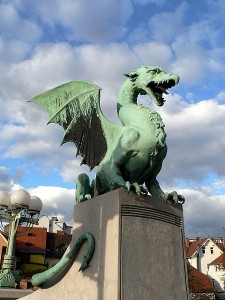