Before I get to the second batch of lace troopers I wanted to share a picture of my niece wearing the storm trooper hat I made her. 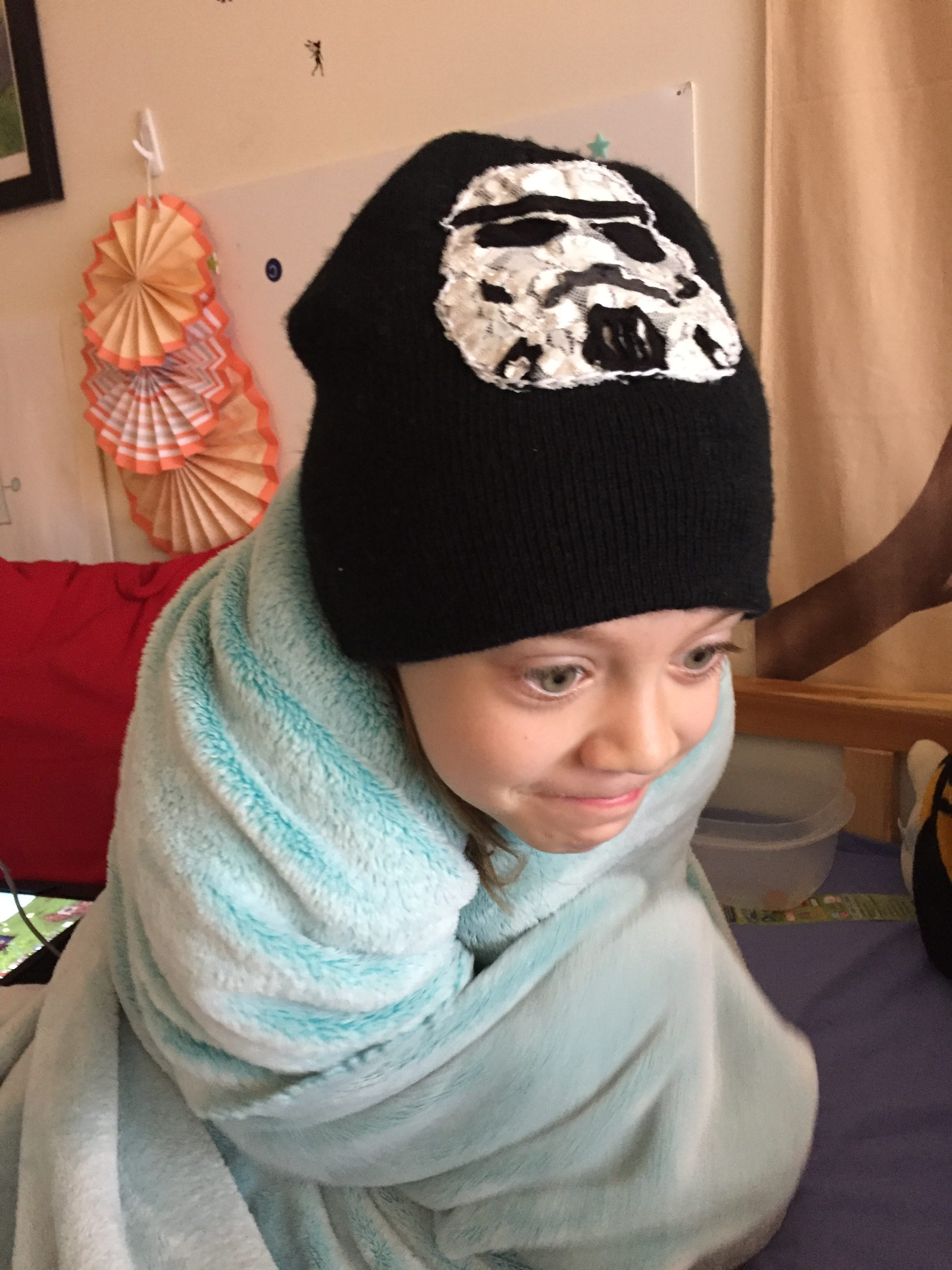 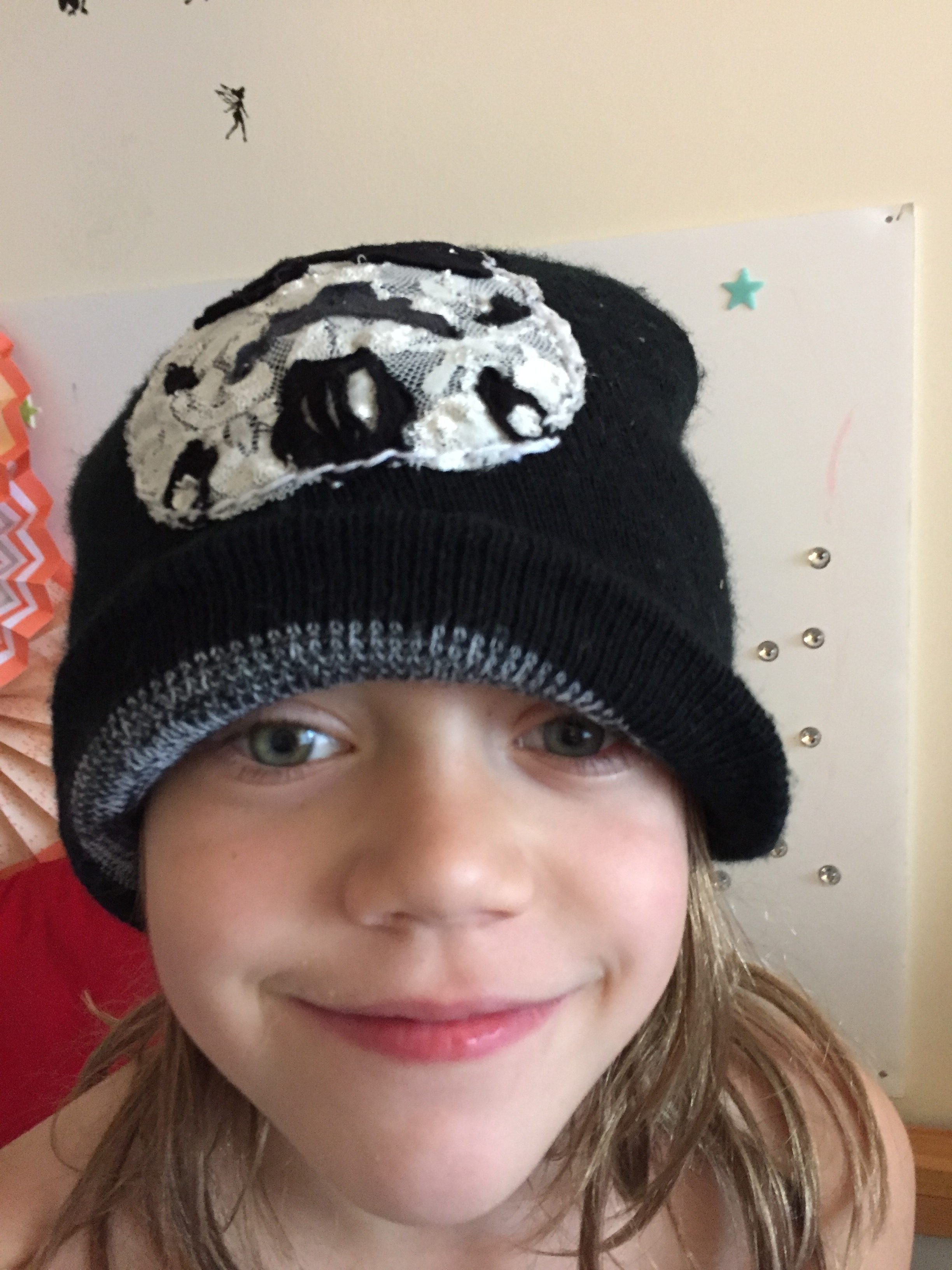 This was one of the troopers from the first batch.

With the second batch I did things mostly the same way as laid out in the first post. The key differences were that the lace was not a stretch fabric, the template I used was larger, and I went with the updated helmet design from the Force Awakens. 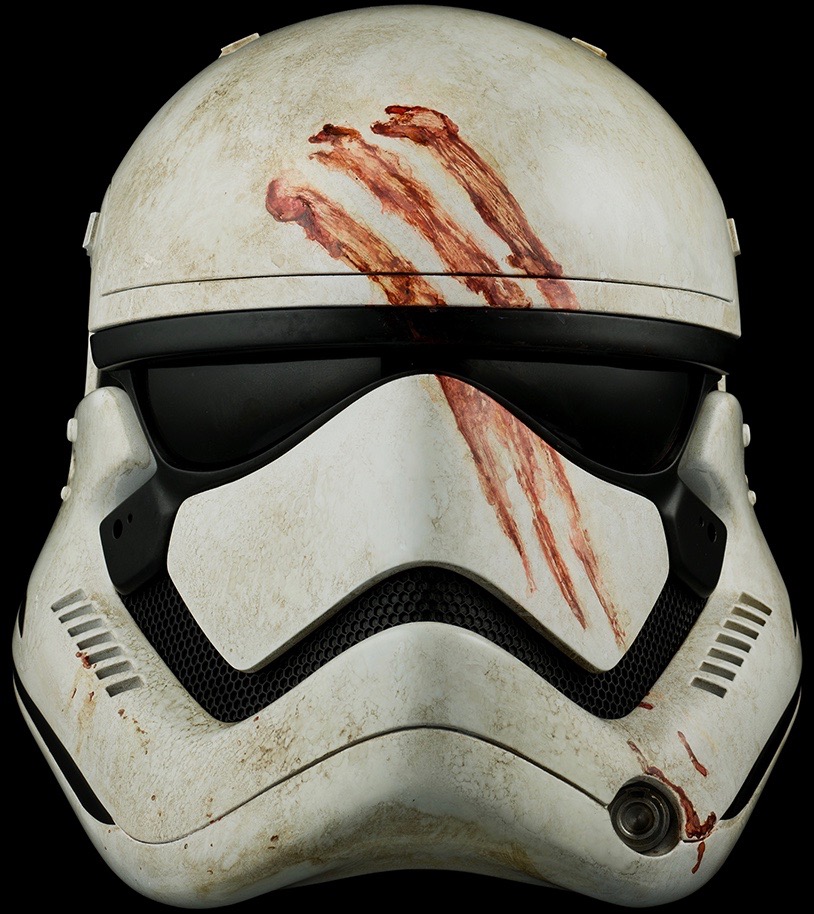 I used this picture as my template. This design ended up being much less complex to recreate in fabric than the original.

First step was to cut out a basic helmet shape from the lace for the base. Then sewed a square of black fabric to the base. I used some black velvet I had in my scrap pile. Then on top of that, I sewed on three lace pieces that created the updated helmet look. Finally, I sewed on a visor and lens details using thin black knit. The result being these.

Not bad but it needed something extra. So I decided that these weren’t just any lace troopers, these were going to bloody handprint Finn style Lace troopers. And I just so happened to have bought a starter pack of embroidery floss from target for a different project, with a nice bold red thread. So I decided to embroider the handprint on to the lace.

One small problem. I didn’t know how to embroider. So several tries and Youtube and Pinterest searches later, I had accomplished this.

That is a chain stitch, which I now knew how to do. But that wasn’t good enough. The bloody fingerprints had to be solid red. So a brief tutorial on the satin stitch, several more tries, and at least two more trips to Target to buy multiples of the same starter kit, because I kept running out of the thread and needed the same thickness and shade of red. (Which incidentally meant I ended up with about seven times of all the other colors in the kit. And what I ended up doing with them is another post entirely.) But at the end of the day, I had these. 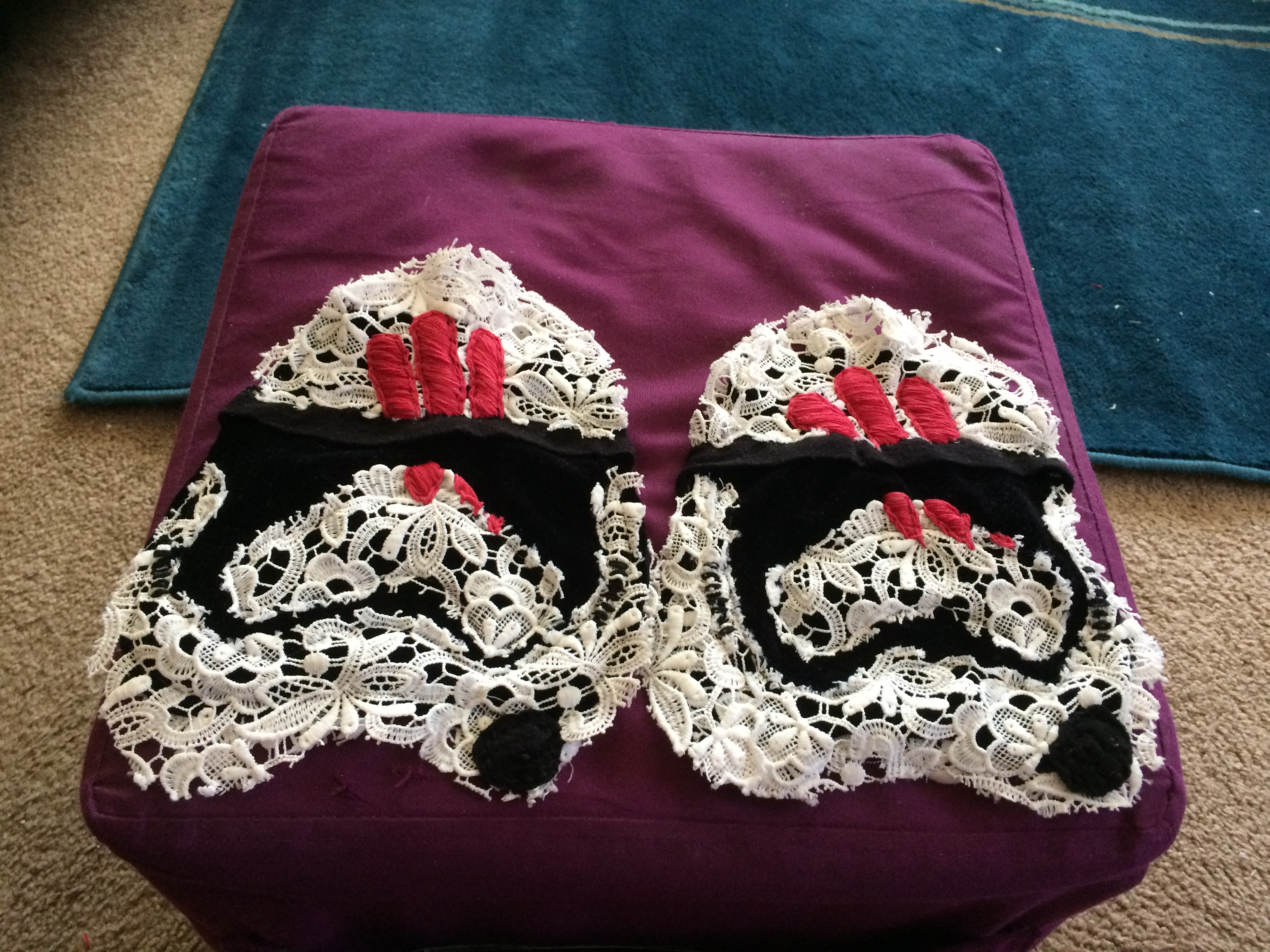 Two bloody-handed lace troopers and/or abstract roosters, ready to be applied to the item of my choice.

I chose throw pillows. I used a blanket stitch (also learned off of youtube) to sew them on. On my first attempt even with it pinned in place it bunched up went all crooked. So I tore up the stitches, ordered a set of embroidery hoops from Amazon, and two days later tried again with the hoops, with better results. Although one still ended up a little tilted. 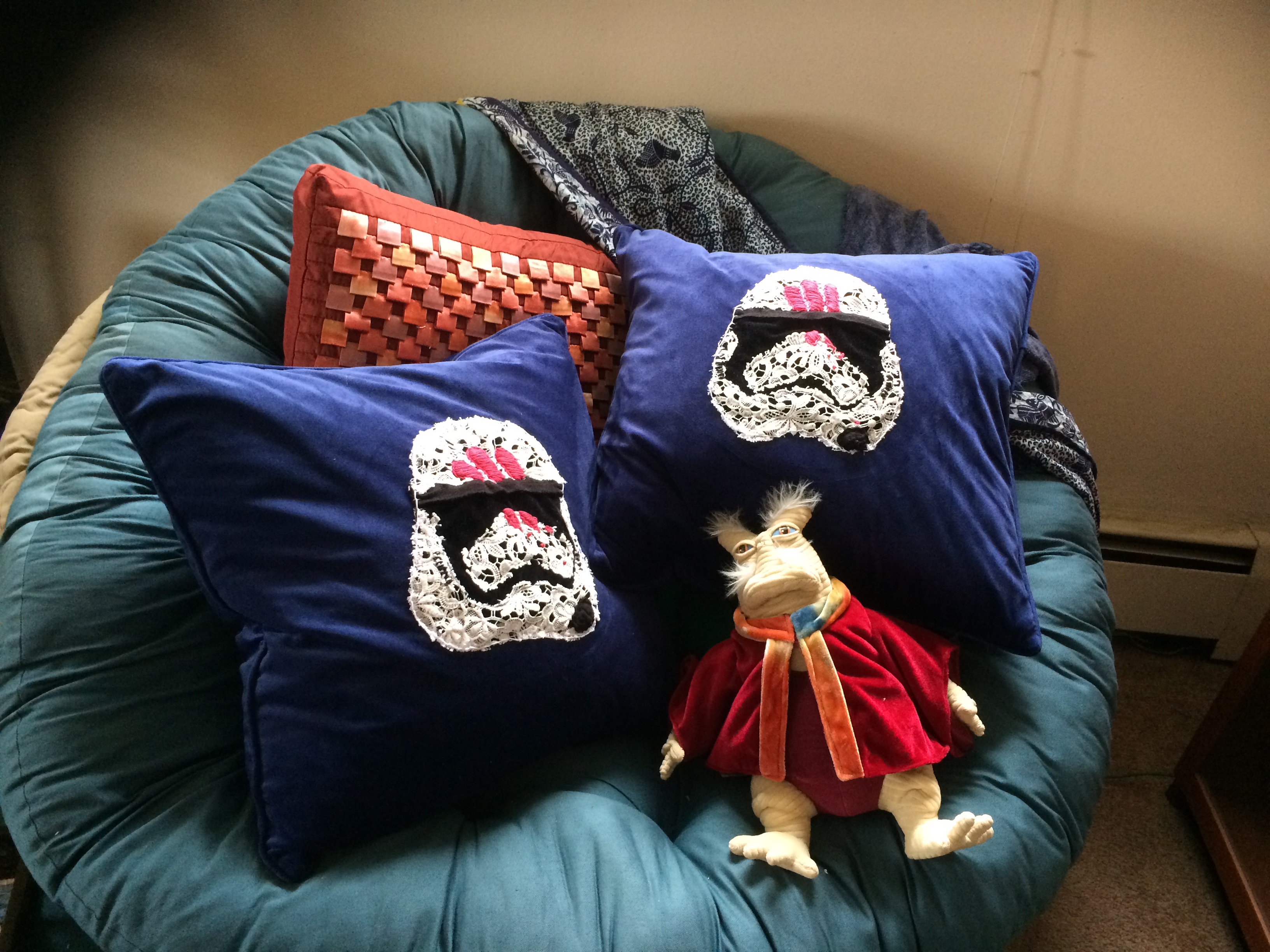 And there you go!

Again, if anyone out there decides to create their own lace stormtroopers, or  sith lords, or Mandalorians etc. please share the pictures.