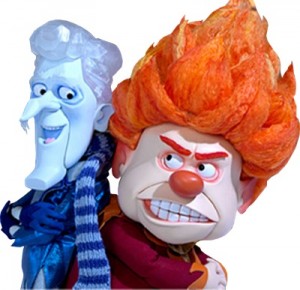 (Did you see what I did there? Ice and Fire!)

I recently read all five Song of Ice and Fire books, and am eagerly awaiting book six. But since George R.R. Martin is dragging his heals, I thought I’d write it instead.

Disclaimer: I was on cold medicine when I wrote this.

A Song of Ice and Fire Book 6: A Crucible of Cats

Prologue: Character Who Is About to Die So No Need To Learn Their Name

POV character pushes open medievilish wooden door. An axe whooshes through the air like something quite sharp and axe-like. POV character dies very painfully. We won’t know that this death is significant for at least ten more chapters.

“Hands of gold are always cold but a woman’s hands are warm,” Tyrion thought gloomily to himself. Then he did something super cool in the moment but probably foolish, if you can see ten steps ahead, but you can’t so it’s just entertaining.

“Who are you?” asks the kindly man.
“Nobody,” replies Arya Stark of Winterfell.
“Liar. You are the most badass eleven-year-old in literature. Now go assassinate somebody who means nothing to you instead of one of the thousands of people who’ve directly wronged you.”
“‘Kay. Vhalor Morgulus.”
“The other phrase I don’t totally remember,” the kindly man says in response.

“Winter is coming.”
“You know nothing, Jon Snow.”
“Cut that out already! I know some stuff, and you’re just the echo of the voice of the chick I lost my virginity to, so it’s not like you’re a walking encyclopedia or anything. Ghost, to me.”
He walks off in huff, never to be heard from again. And you never find out who his real parents are. Neener neener!

Daenarys finally flies her dragons to Kings Landing. Everyone loses their shit. Cersei is eaten by Drogon. Only Tommen escapes. He will maybe one day return to gain back his stolen throne, riding astride Ser Pounce, and it’ll be like a vicious circle. Like in Kill Bill when Uma Thurman told that little girl to seek vengeance on her. Or maybe not. Also something about Stannis but everybody skims those chapters anyway.