I’m not going to lie, 2018 felt endless. But it’s finally over and that means it’s time to do my yearly wrap up. By mostly talking about books! 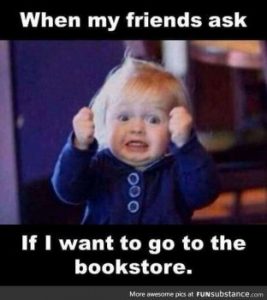 Last year I read 95 books in total. Not quite as many as I have in past years but I ended up with almost twice the amount of contenders for my favorites list. 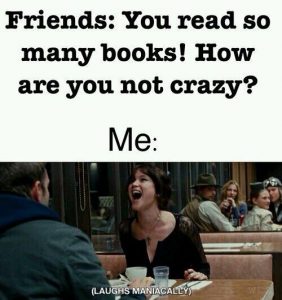 In Other Lands by Sarah Rees Brennan

I have not read anything by this author but I ‘m going to start now because I just loved this book. It was so unexpected and fun. On its surface, it’s a run of the mill YA fantasy. A young man from the “real world” is recruited by a magic school in a fantasy world. But it has a lot to say about training teenagers to be soldiers and diplomacy over violence. However what really drew me in was its characters. I got so invested. The main character Eliott is so marvelously flawed. He is a bit awful but in a very relatable and entertaining way and his two best friends, Luke Sunborn and Serene Heart in the Chaos of Battle are fully realized and also have their own distinct and satisfying story arcs. I can’t recommend it highly enough. Plus there’s mermaids and unicorns and elves and so much LGBTQ awesomeness. Also, it’s just plain hilarious.

The Murderbot Diaries Vol. 1 through 4 by Martha Wells.

Another author I was not familiar with until this year. This series of novellas is narrated by an AI created to be a hirable security unit with no free will. But the AI has hacked their own programming and can make decisions for themselves. They dub themself Murderbot for several reasons, not the least being because self-aware robots are almost always portrayed as killing machines. I absolutely adore Murderbot. They are not very trusting of humanity and mostly want to be left alone to watch TV. As an introvert with anxiety, I can relate. The novellas follow Murderbot as they investigate an incident in their past from just before they became self-aware. They run afoul of an evil corporation and often find themself feeling responsible for the safety of different groups of humans despite not really wanting to be. All four books are great but the second is my favorite. 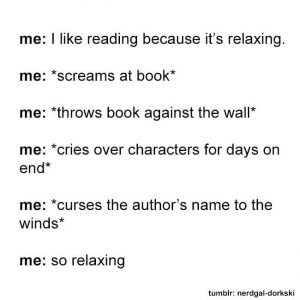 The Wayfarers Series by Becky Chambers

We Are Never Meeting In Real Life by Samatha Irby

Cat Pictures Please and Other Stories by Naomi Kritzer 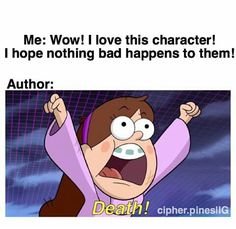 Favorite Authors by the numbers: 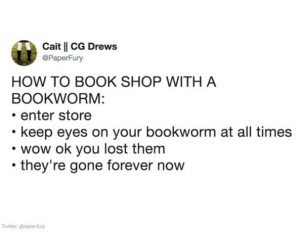 Three of my stories were published this year, including my first professional sale. Read them here: Seeded, Amenities, Cat Lady.

Fourth Street Fantasy Convention was another big highlight this year. I got to meet up with several Viable Paradise friends and made several new ones. I’m looking forward to attending again next June.

I completed my revision on my superhero novella and have begun submitting it to publishers.

I’m working on a long-form WIP that I’m not sure what I’ll be doing with once it’s done and a few more ideas percolating. 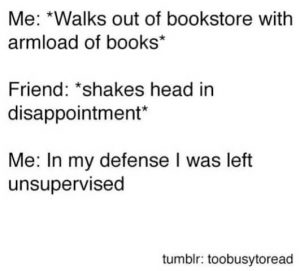 And here is the current state of my to read shelves. 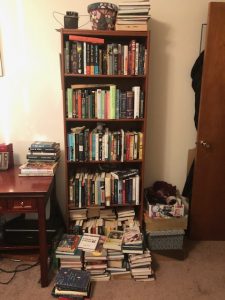